Fueling for energy and heat adaptations 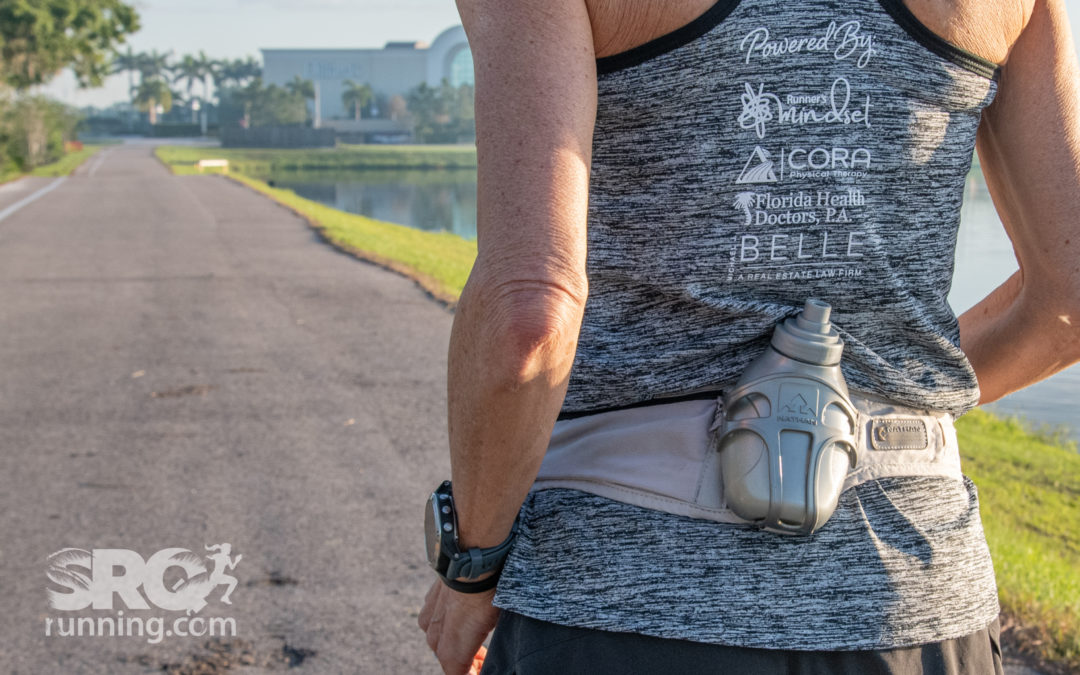 Do you find yourself fading on runs over 4 miles or losing steam on your longs?  Do you have energy crashes in the afternoon after a harder and/or hot workout? If so, it could be as simple as your fueling protocol and timing.

Monitoring and dialing in a fueling schedule that works for you can mean the difference between a good/great workout or race or a disappointing one. Sugar carbs (aka Glucose) is your body’s go-to fuel source for energy. This is the one time when it’s OK and actually pretty much required to take in sugar carbs. What you do around the training carbs is your key to weight loss.

The best advice I received was from Xterra World Champion Josiah Middaugh.  Looking at him, he is the epitome of lean fitness. And yes, he logs some serious training miles and one of the key components is his fueling. Like other racers, he has his “fighting” weight for races, which is around five pounds under his training weight, and he achieves this by watching his fueling around training not during training and following the 80/20 rule. The focus is that 80 percent of what you put into your body should come from the land or sea and not from opening a jar, can or tearing open a bag. The other 20 is your particular indulgence – ice cream, beer, wine, chips, fries – pick one, maybe two on a hard day, and watch portion sizes. Yes, size does matter. One trick before eating something is to ask yourself, will I feel better after eating this? If you say a resounding Yes! Then go ahead. If you’re ambivalent, then drink a glass of water, wait 20 minutes and see if you still want it.

Another downside to not fueling correctly for training is that your body goes into starvation mode after burning upwards of 600-1000 calories per hour (depending on body weight and muscle; sorry ladies, you do burn less than your SO because we weigh less and typically have less muscle mass) so if you cut back to much, your body starts craving things like potato chips, sugar, and a double cheeseburger. The rule of thumb is to consume up to 30 percent of your body weight in calories per hour. While everyone is different and each fueling protocol is a protocol for one, testing what works for you during training and before a race is paramount. The general rule of thumb is 10-20 oz of sports drink and 1 gel or an equivalent number of gummies or other fuel per hour for anything over 70 minutes. When temps rise and sweat ratios go up, most runners and athletes find they feel better and avoid the energy crashes by bringing sports drink (that means getting a fuel belt or handheld). The sports drink (the real stuff not low calories) contains both needed glucose/calories as well as important electrolytes to anything over 45 mins. Once you get over an hour, then adding in a gel or equivalent fuel of at least 100 calories becomes important and should be taken at least every 45 mins.

During the summer or  before a long run or race, it’s also recommended you drink at least 1-2 bottles of sports drink and/or electrolytes (Nunn is very popular) the day prior and one bottle before the hard/long run or race. Sports powders such as Gatorade Endurance also come with added salt and electrolytes or you can simply add in some Himalayan salt or Base Salts to your sports drink.

In addition to any sports/electrolyte drinks and coffee, you should be at a minimum of 60 oz per day in addition to what you drink during running.

Another key factor to sustained energy includes what you eat the day before, which is as if not more important than what you eat during your run as this provides your body with the “carb storage” it needs to fuel your next day’s run.  A balanced dinner of carbs, protein, and veggies (better cooked than a salad the night prior to avoid any  possible morning of run digestive issues).  Try to avoid anything too fatty or fried the night prior and no red meat. It takes three days for the body to fully digest red meat so it can cause stomach issues particularly when heat and humidity are high.

Training and racing, particularly in the heat, are very challenging and it’s really important to practice fueling during the entire training period and have it become part of your routine.  It will be a huge advantage come your next hard workout, long run, and most importantly on race day.

Have a training question? Email Coach Holly at holly@srqrunning.com.